Drive by the Howes House Up-Island Council On Aging across from Alley’s General Store on any given April Fools’ Day, and you may see something curious — daffodils in full bloom.

Don’t be confused when you see the bright yellow beauties, they’re only plastic. But the longstanding tradition behind the fake flowers is a fun and interesting part of West Tisbury history.

Joyce Bowker, director of the Howes House, told The Times that the original owner whom the house was named after — Joseph Howes — greatly enjoyed April Fools’ Day.

He had a particular prank he would pull where, the day before April 1, he would plant a dozen fake daffodils with metal stems around each of the three elm trees that stood at the front of the property near State Road.

In an MV Times April Fools’ feature from 2016, John Alley wrote that “the next day [Howes] would be at Alley’s saying, ‘Well, it looks like spring is coming early this year!’ and he’d carry on about his daffodils to anyone within earshot.”

One day, when Alley was cleaning out the Howes House basement years after Howes had passed away, he found the fake daffodils in an old brown paper bag.

“So from that point on I would go out at night on March 31 and plant Joe’s daffodils. People could never figure out where they were coming from, and I didn’t tell them. And I did it every year for a good 10 or 12 years.”

Bowker recalled looking out the window of the Howes House one April Fools’ Day, and seeing a man come by to try and pick one of the daffodils in front of the building.

“He was sort of looking around to see if anybody was paying attention to him, and because the flowers were singles, he pulled up what he thought was a real daffodil,” Bowker laughed. “Then he looked around again, and was too embarrassed to put it back in the ground when he realized they were metal stems. He just kind of walked off quickly and took the daffodil.”

For 35 years, Bowker has planted the April Fools’ flowers out front for people to laugh at and be tricked by.

“I guess this was [Howes’] own funny way of celebrating April Fools’ Day. People say ‘Oh look, the daffodils are blooming so early this year, because they don’t know about the joke,” Bowker said.

How Much Time Does It Take to Maintain a Garden? 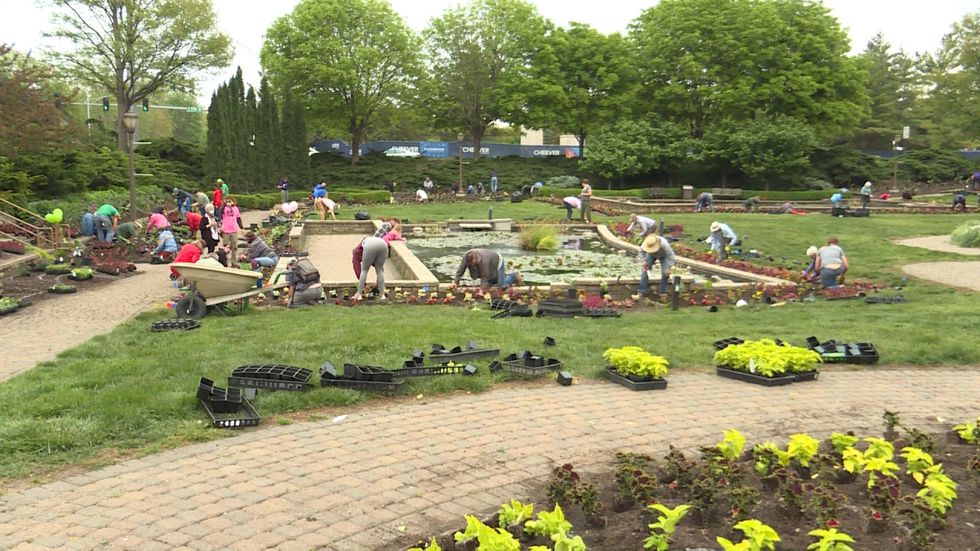 On Food And Cooking

4 hours ago Andreas Milano
We use cookies on our website to give you the most relevant experience by remembering your preferences and repeat visits. By clicking “Accept”, you consent to the use of ALL the cookies.
Cookie settingsACCEPT
Manage consent